Want to find the new stuff on Knitting-and.com, or read about my latest projects and discoveries? This is the place. I’ve been admiring these little fabric flowers on Craftster and people’s blogs for a couple of months now, and was really happy to find this blog post about them.

Now I need to find a book about how to make them! Jamie and I were dreaming about where we would like to go for a holiday overseas if we could ever afford one. I’m thinking I want to go to Japan so I can buy craft books and needlework gadgets <VBG>

Edited to add: A series of in depth tutorials. Click the download link for each one to save them.

Edited a second time: You can just assume that I’m going to keep editing this post with more cool stuff until I post the next entry. K? 🙂 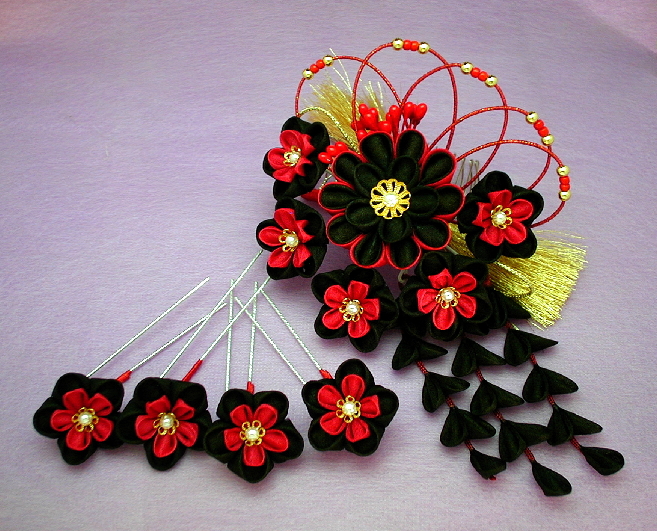 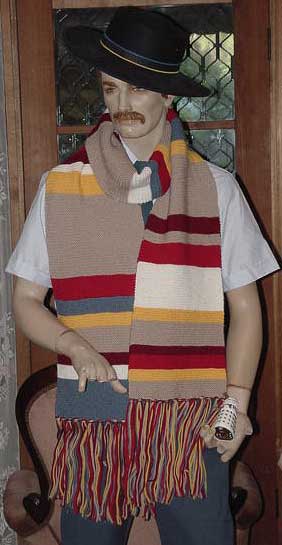 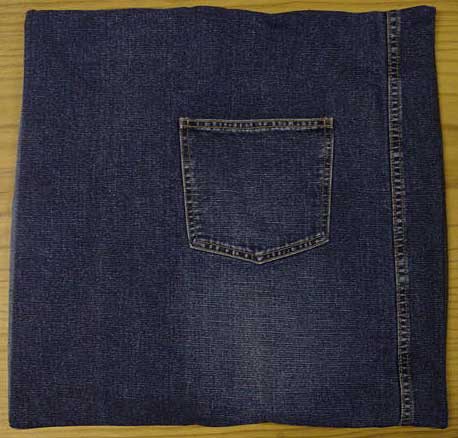 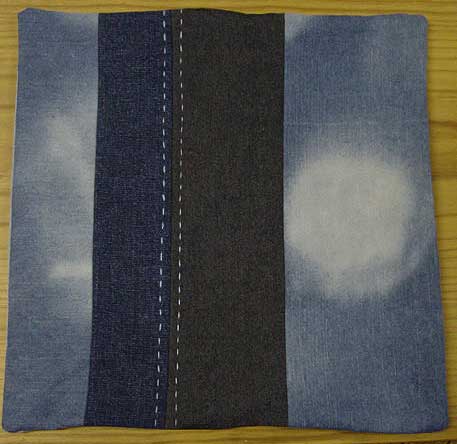 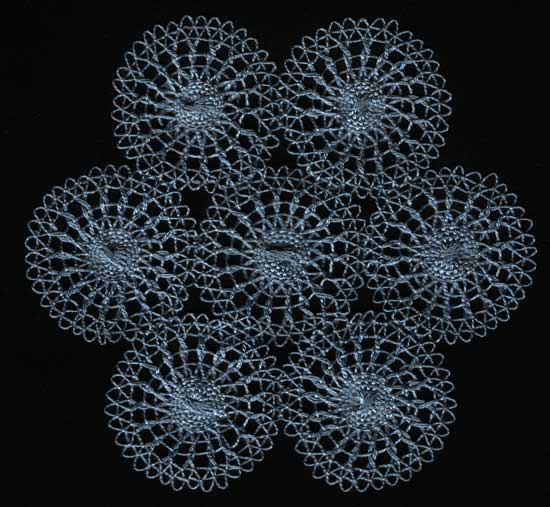 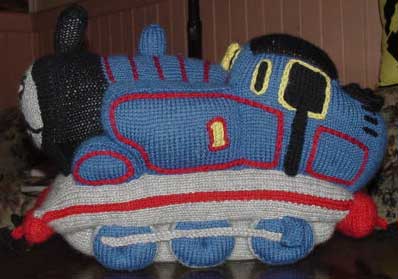 At the beginning of last August the more devoted of my readers might remember that I used Deb Menz’s multicolour combing techniques to make some red-based rovings from some odds and ends.

At the time I was disappointed by the way the grey looked in the finished yarns so I put them away.

Well, I finally knit them up and whilst I prefer the rovings without grey, the grey does give a really attractive and interesting effect. But it was REALLY ugly as yarn. Go figure.

Here’s the finished “sampler” scarf that I knit. It’s a simple K3, P3 rib and the yarns are an 8 ply weight (DK) single throughout.

And here are the 8 individual rovings as they knit up. I’ve stretched the rib out so you can see the full width of the knitting.

I decided to play with some colour blending on my hackle, ala Deb Menz. (If you can’t get her book Color in Spinning buy her videos. Actually, buy the videos even if you do have the book).

I have a couple of bags of uninspiring roving that I probably bought at the Aussie Sheep and Wool show when it was still held in Melbourne. All the colours went together so I decided to use those.

On the bottom I put a burgundy red and a nice rich orange. 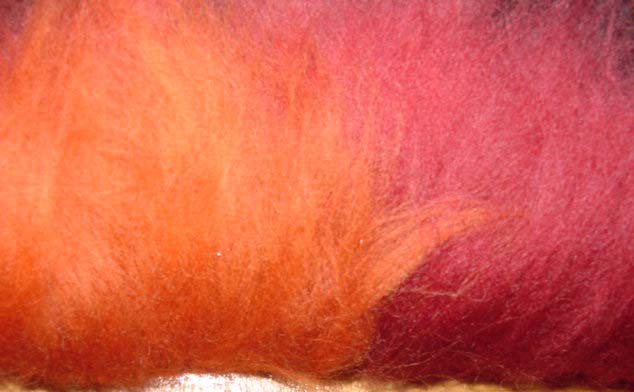 Inbetween I put a gorgeous bright red and on the top I put a purply warm brown and a salmony pink. Not that disgusting 1980’s shade of salmon pink, this is more of an aged Victorian salmon pink (very aged, considering the Victorians liked such bright colours).

And here’s the finished roving, which I’m totally in love with.
🙂 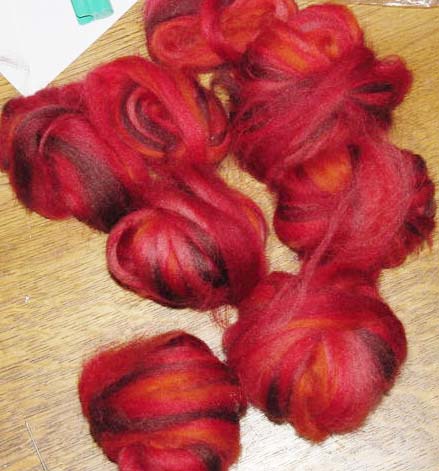 I definitely need a lot more practice getting the colours from each layer through the diz at once. Or maybe I should just use a larger diz… (duh, why didn’t I think of that before?)
But that’s going to have to wait until my shoulder blades stop hurting from fighting with my wheel yesterday. It really hurts to sit hunched over a wheel for half an hour while you try and figure out what you’ve done wrong to it!

And now I’m taking my sore obsessive self off to bed.