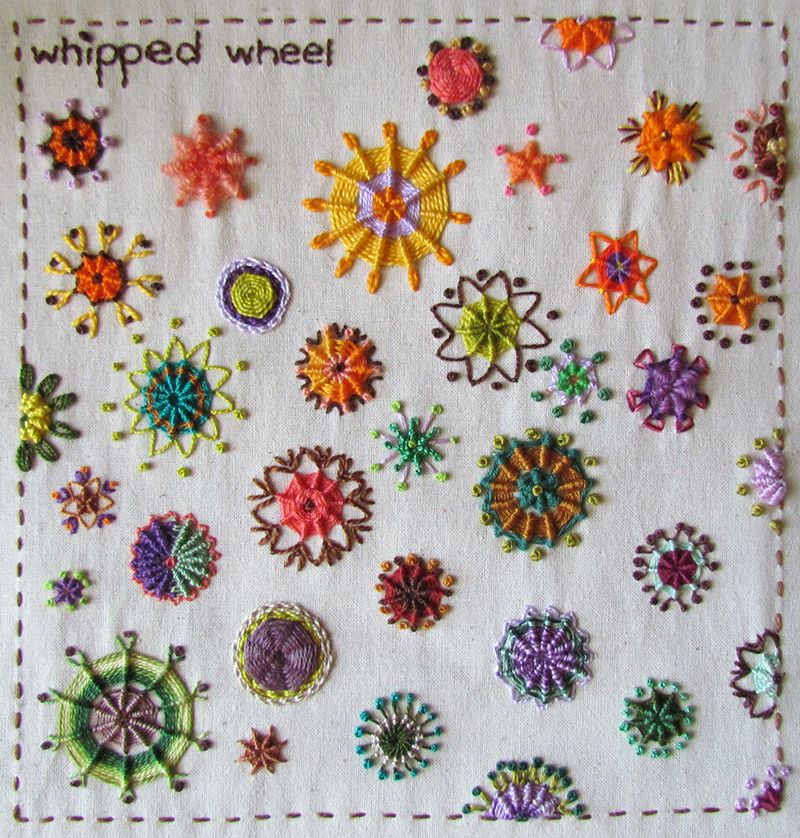 This week’s embroidered sampler for the Take a Stitch on Tuesday challenged evolved a lot during stitching.

I started with the thought of making a simple spot pattern testing different threads, in a continuation of last week’s spotty theme. After working the right hand third though, it was looking a little dull so I started playing with using different stitches for the spokes and all hell broke loose!

I ended up trying a lot of different things for the decoration:

For spot motifs of this kind my favourite threads are quite fine with a firm twist. Flower thread, perle cotton in sizes 20 – 5 and Coats chain mercer crochet all worked well. For a textural piece just about anything would work well except fibres with a lot of natural curl to them like mohair. The mohair thread just wanted to go it’s own way too much, rather than wrapping around the spokes where I put it.

Along with my beaded feather stitch fish sampler, this has turned out to be on of my favourite finished samplers so far!