For the second Beyond TAST embroidery challenge we had to take an isolated stitch, or part of a repeated stitch and rearrange it into different patterns. Having already investigated many of the isolated stitches dueing the 2015-2017 TAST challenge, I decided to take a single repeat of some stitches and see what I could do.

Firstly, open chain. At the top you can see a line of open chain, with a single repeat of the stitch next to it. I then took the single repeat and arranged it into fillings, square, hexagonal, circular and oval motifs (which I turned into flowers because I usually end up turning everything into flowers at some stage). 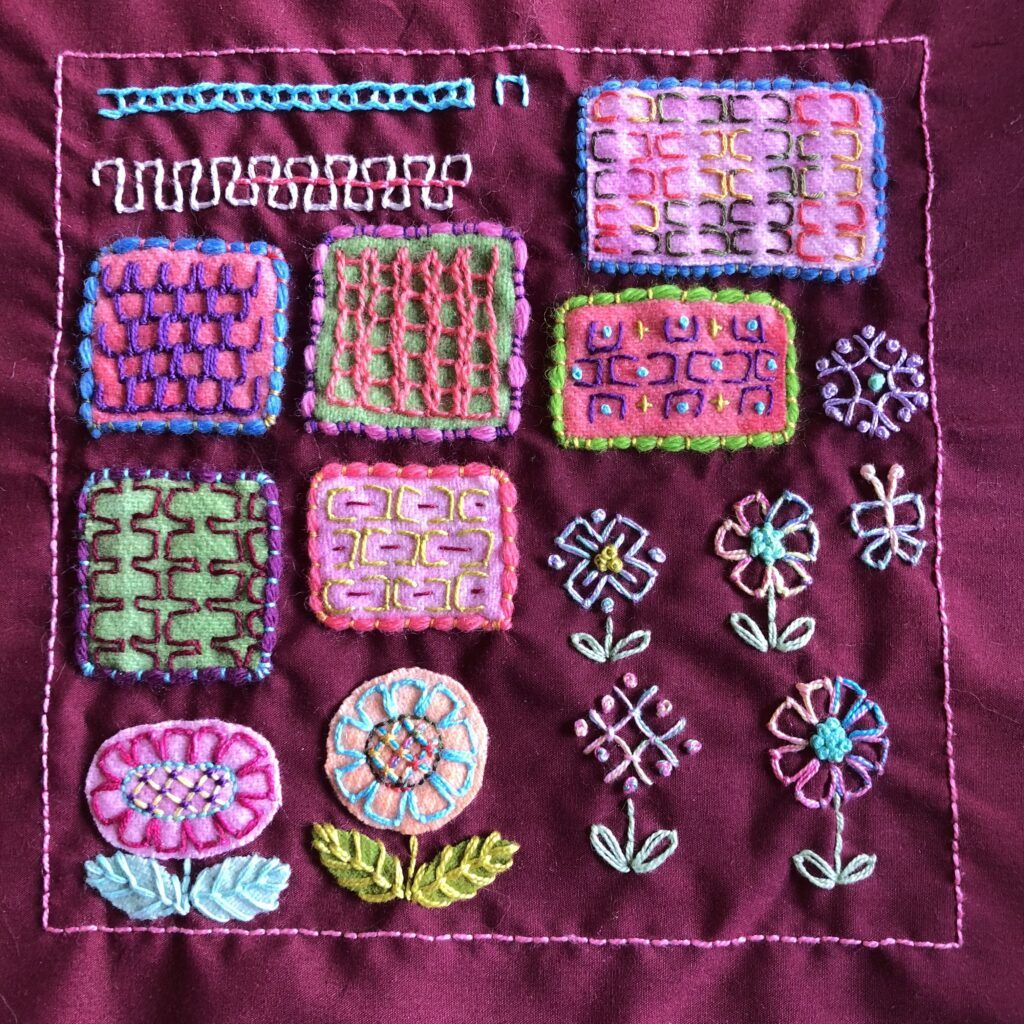 Next, I did the same with maidenhair stitch and threaded, or interlaced running stitch.

You can see on this sampler that I also tried a single unit of interlaced running stitch as a random filling stitch and a couching stitch, to hold down some yarn. I ended up threading each running stitch twice to make the stitch bolder. 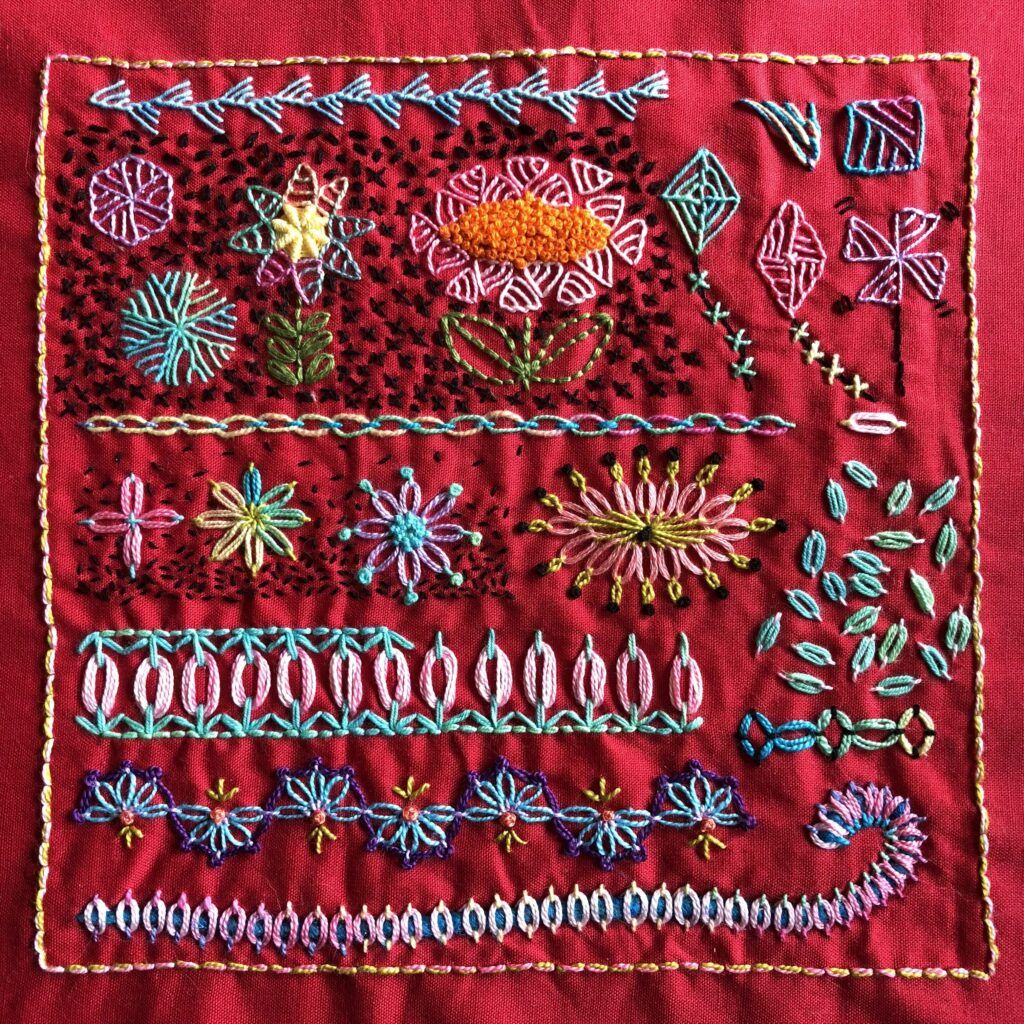 While I was working on these samplers, I came up with an “investigation language” to use on other stitches.

Firstly, some basic ways to try repeating stitches to make motifs and repeats. Then some ideas for ways to repeat stitches in borders. You can see that I used the “half circle on top of a line, followed by a half circle underneath the line” repeat with the interlaced running stitch to make a very decorative border.

Sometimes, as with the open chain border sketched below, it was immediately obvious there was a better way to make this stitch, so I didn’t end up stitching it out. In this case, back stitch is probably a better idea. I think that would make a great border with the addition of some beads or satin stitched blocks. 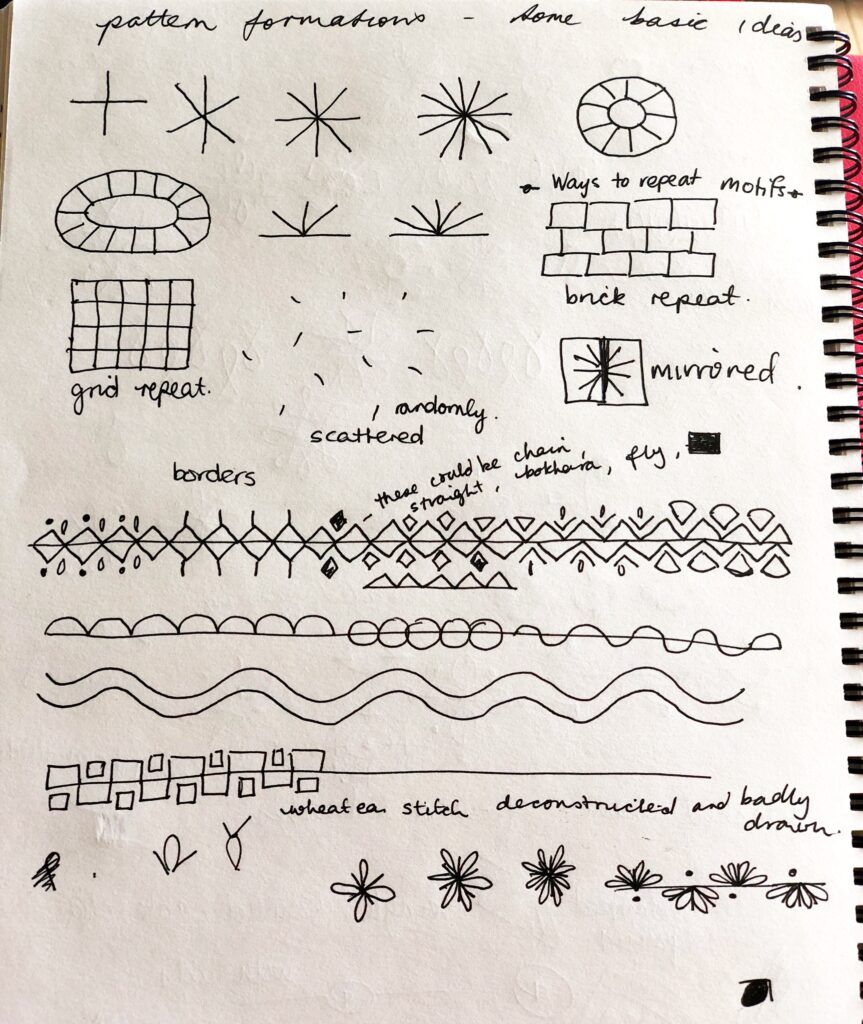 Then I thought of different ways to change each stitch, using chain stitch as an example. Whilst I didn’t use most of these ideas in my current samples, they’ll be very interesting to play with in future. 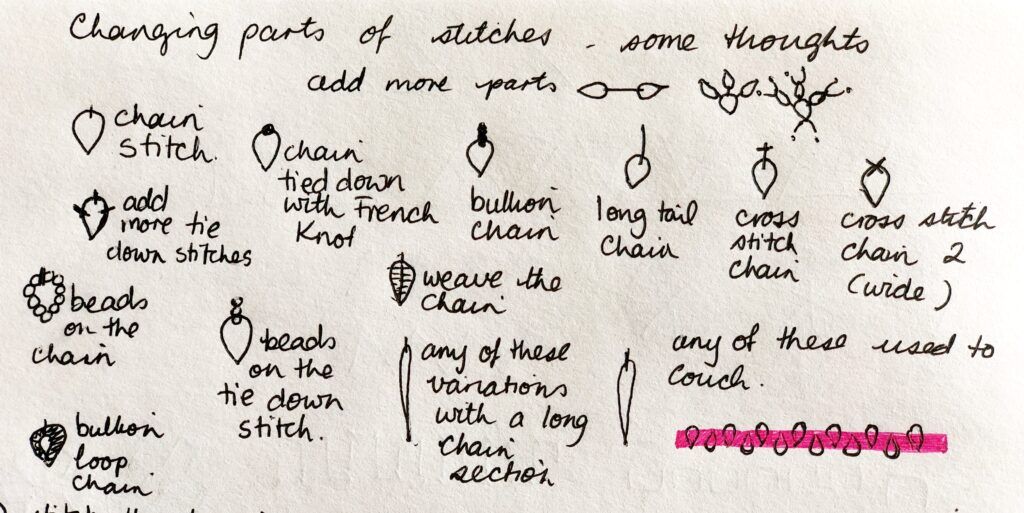 These ideas can be used with almost any stitch.

There are probably more ways to change a stitch. If you can think of any, please leave a comment with your idea. I may end up giving them a try!