I know I promised a post about my new sewing machine but I’ll have to keep you in suspense just one day longer because the NBN installation guy is due here any minute (fast intarwebs, YAY!) and I had to put all the sewing away.

I mean really, who does that? Usually not me, that’s for sure.

But I sure have been using the machine a lot. Aside from the three cushions I’ve already shown you (plushy and Christmassy), I’ve also made a pencil case and two Christmas stockings.

I don’t have a photo of the pencil case but here are the Christmas stockings. 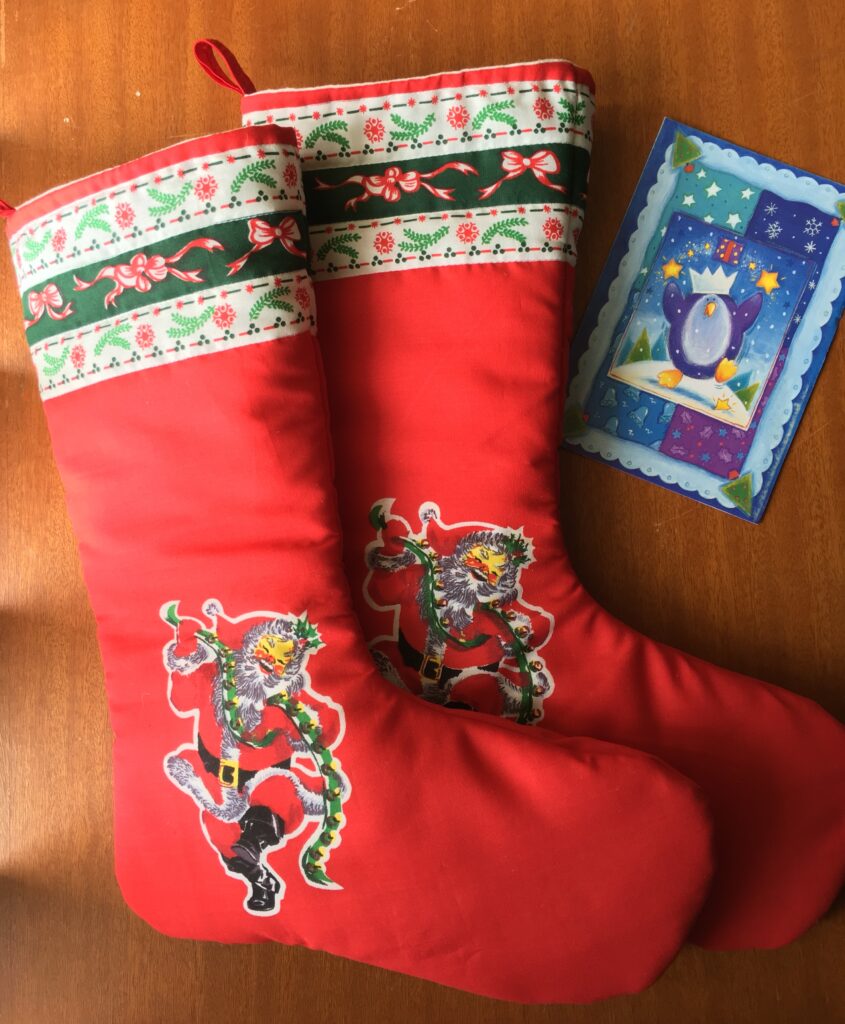 I found the fabric panel for sewing the stockings at the local op shop (thrift store/charity shop) and thought they were hilarious so I knew I had to make them up. Poor Santa is being sent off for a liver function test this afternoon. I think it’s packed it in, poor fella.

Now I’m off to find the goo gone to remove the sticker residue before I get started on some Craftsy classes that I bought before old Mr Stitchy blew a circuit board and took a jolly trip to the tip. At least I will be after the NBN installation guy does his thing as all my sewing gear is currently hiding in the bedroom.