This week’s Take a Stitch on Tuesday sampler does not contain a fish of any sort, which is kind of ironic, considering it’s herringbone stitch. 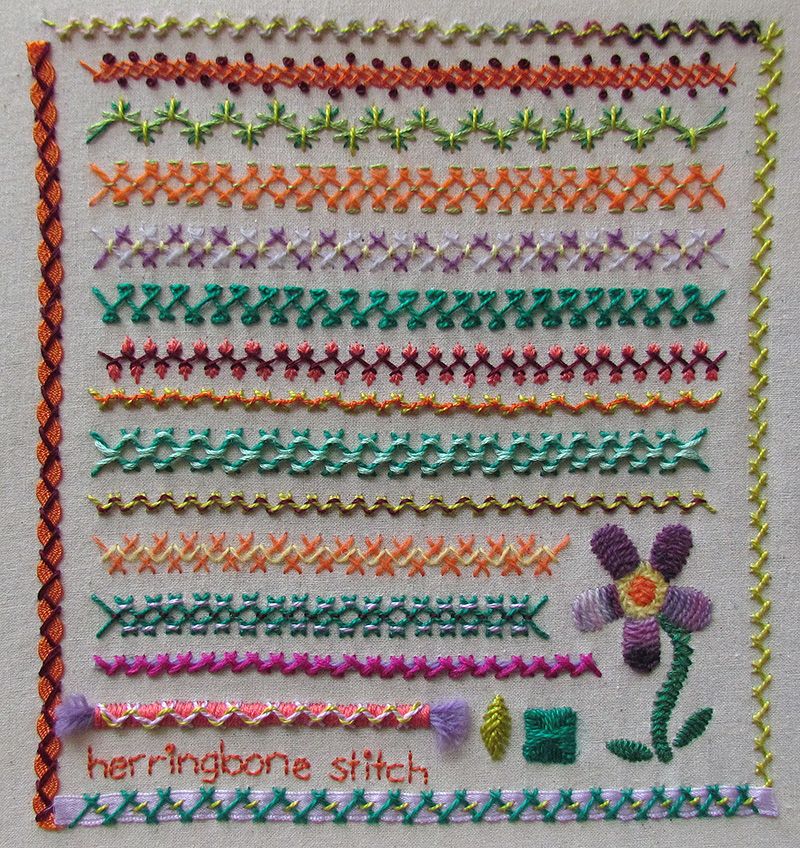 Hmm, I wish I’d found those tutorials before. They’re different to the instructions in my embroidery encyclopaedia and use basic herringbone bases instead of the “don’t forget to pass your needle under 8,000 threads and make your head explode” version I have. OK, it was just one thread but still.

I do like what I ended up with, despite not being able to get my head around the versions I really wanted to try (I’ll be having another go)!

The stitches in my sampler are (from the Batsford Ecyclopaedia of Embroidery Stitches by Anne Butler or made up on the spot by me out of frustration when trying to work the above mentioned stitches):

Things I learnt from this sampler:

Stitches I still want to try:

See what happens when I don’t work two samplers? I still want to try more stitches…