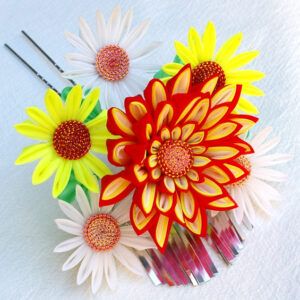 My “sewing stretch-knit fabric without a serger” tutorial has taken a backseat due to a broken light bulb so I’ve been working on the samples for my Clover Bow Maker video tutorial instead.

I’m hoping to do the filming tomorrow but in the meantime, please enjoy some photos of my samples. I’ve given them the “I’m so addicted making bows that I’ve used up all my ribbon stash”* seal of approval.

* I did, and then I went and bought some more 🙂

The three sets of bow makers 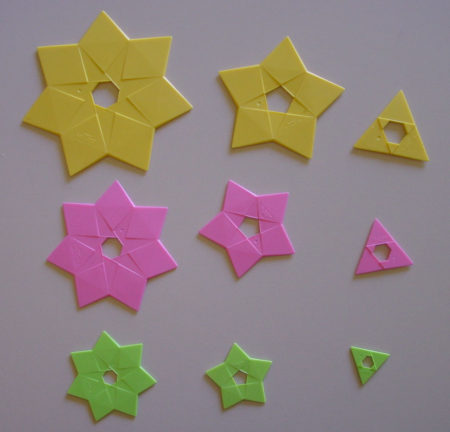 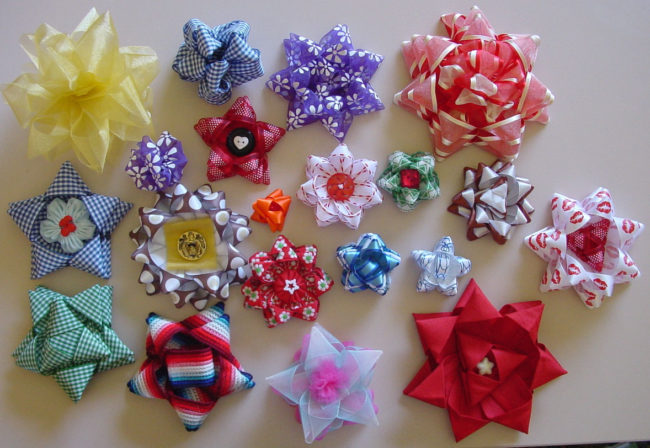