And So To Embroider 30 – Decorating Cushions 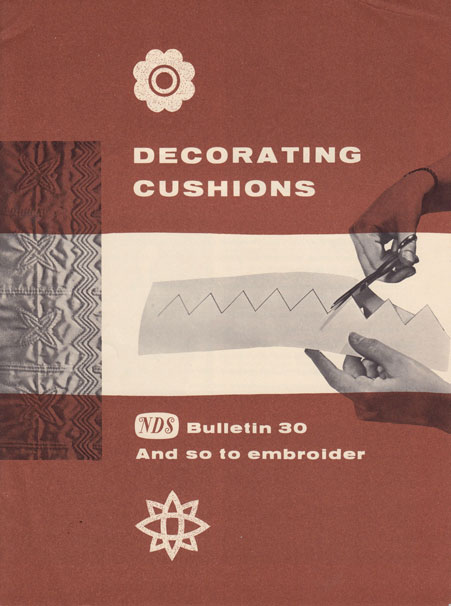 Leaflet 30 in the Needlework Development Scheme’s series “And So To Embroider” covers different techniques that can be used to create fashionable cushion covers.

The techniques covered include:

Note: the term “housewife opening” is used on one of the cushion covers in this leaflet. This type of cushion opening is more commonly known these days as an envelope style opening, where one side overlaps the other and both are caught in the top and bottom seams. See my envelope cushion tutorial for a step by step guide on making this style of cushion cover.

A picture is worth a thousand words (and a video even more) when it comes to trying new techniques, so I’m including some modern tutorials for the new techniques covered in this leaflet.

How to Cord a Motif in Quilting by Andi Perejda

Note: If you are using wool to cord your motifs, leave a small loop outside of the channel when you change direction so the fabric doesn’t wrinkle when the project is washed. Andi is not using wool, so does not leave a loop when changing direction in the video.