And So To Embroider 2b 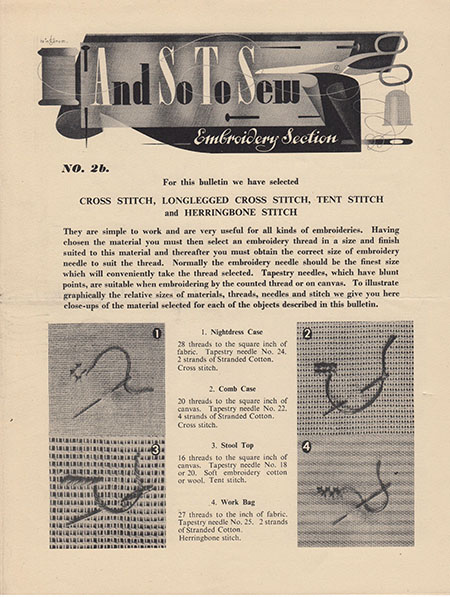 Leaflet 2b in the Needlework Development Scheme’s series “And So To Embroider” features four inspirational projects. It includes:

If you’re not comfortable learning new stitches from vintage diagrams, here are some modern embroider tutorials you can try.