And So To Embroider 1b 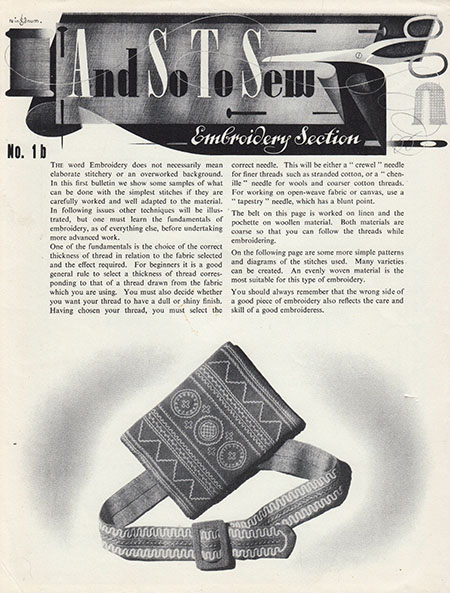 The earlier issues of the Needlework Development Scheme’s embroidery leaflets were called “And Sew to Sew  Embroidery Section”, with the letter b after the number.

Leaflet 1b is the simplest in the series and includes:

I have scanned the images at a very high resolution so you can zoom in for a close look.

If you’re like me, and you really like to learn from videos, here are some to cover the stitches shown in the leaflet.

These video embroidery tutorials are by Mary Corbet, unless otherwise noted.

This is not an English language video but is still very easy to follow.

Worked like raised cretan stitch, but over a base of running stitch instead of back stitch.